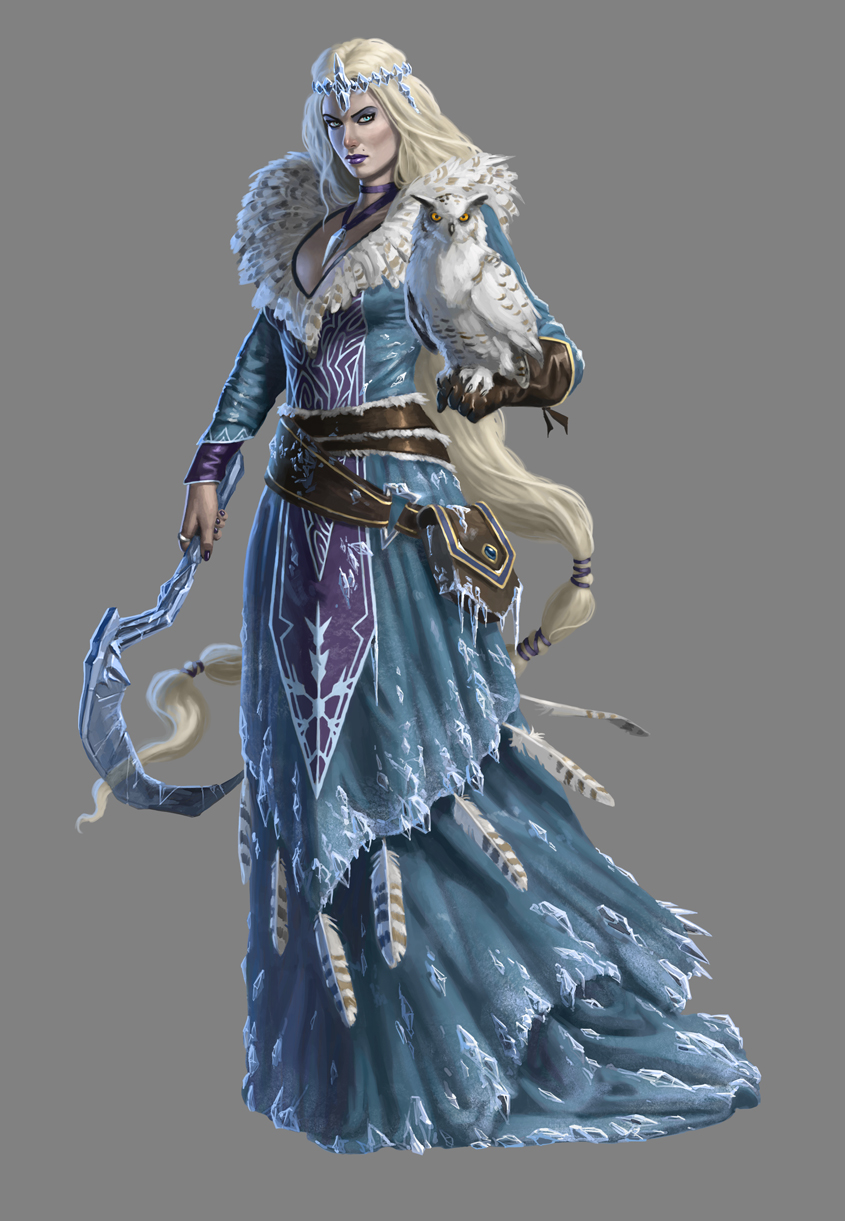 Nazhena Vasilliovna is a tall and attractive woman with sparkling blue eyes, a flawless complection, and lustrous platinum blonde hair, which she usually wears pulled back from her proud face. Her beauty is almost purely physical, however, deriving from her mixed Jadwiga-Ulfen heritage, not from her personality. A great-great-granddaughter of Queen Elvanna, Nazhena grew up in Elvanna’s court in Whitethrone, sent by her mother from the Pale Tower to the Royal Palace to learn her true place in Irrisen’s society as one of the Jadwiga Elvanna.

In time Nazhena grew into an ambitious woman, sacrificing much of her personal happiness to dedicate herself to the mastery of cold magic and domination over the lives of all those around her. Her growth culminated in her seizure of the Pale Tower from her own mother, and act that only raised Nazhena’s esteem in the eyes of her great-great-grandmother. Likewise , Nazhena shaped her apprentice Radosek Pavril, into a finely honed tool, though rumor is he was also a rare concession to her own personal needs.